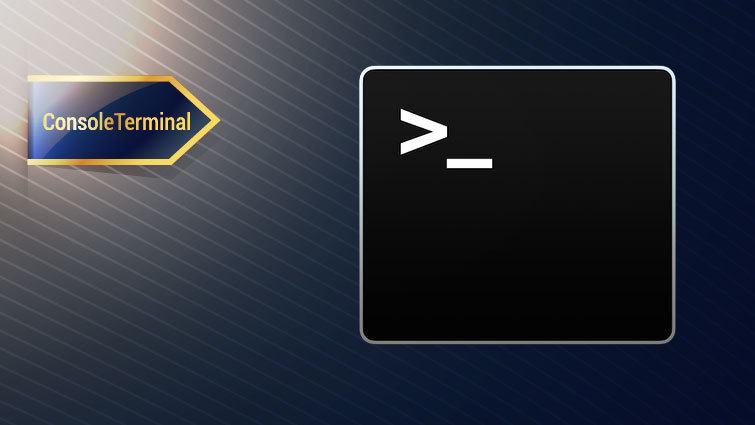 The StreamIOToConsoleTerminal allows any Virtuoso data stream to be easily visualized in a console terminal.

The Console Terminal control displays any streaming data, such as serial port data. 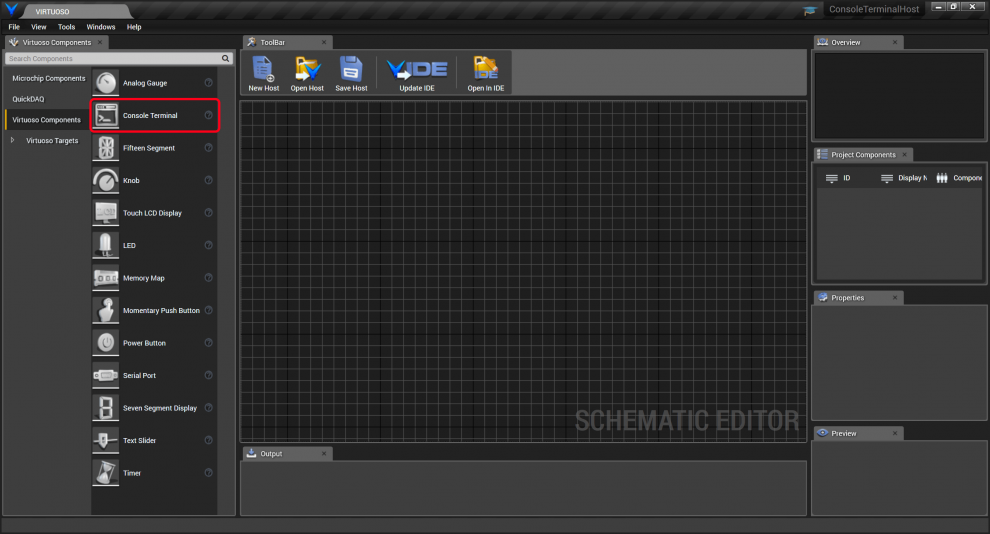 The Console Terminal has two input stream ports and two stream output ports, as shown below. 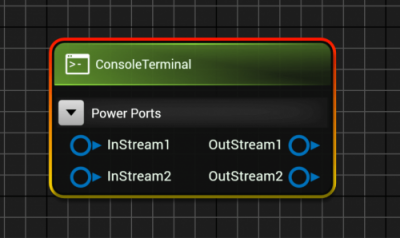 The Console Terminal’s properties are shown below. 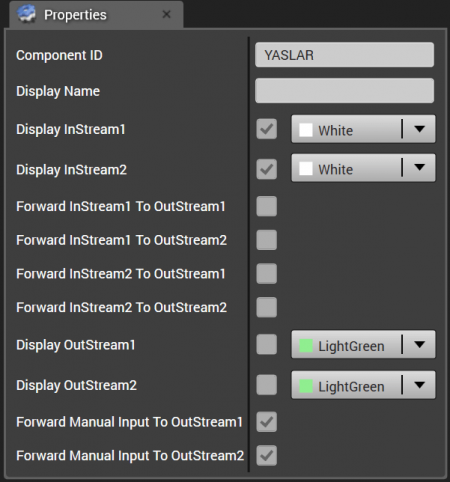 The Component ID is generated randomly when the Console Terminal instance is created.

The “Forward Manual Input To OutStream[x]” checkboxes specify which output ports, if any, should transmit data that is typed into the Console Terminal. 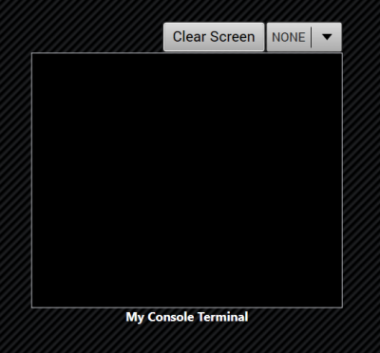 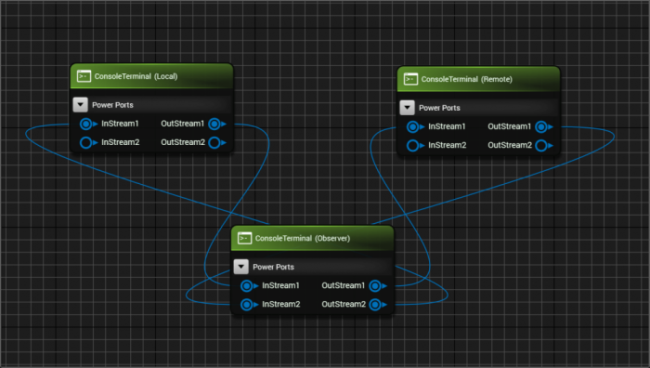 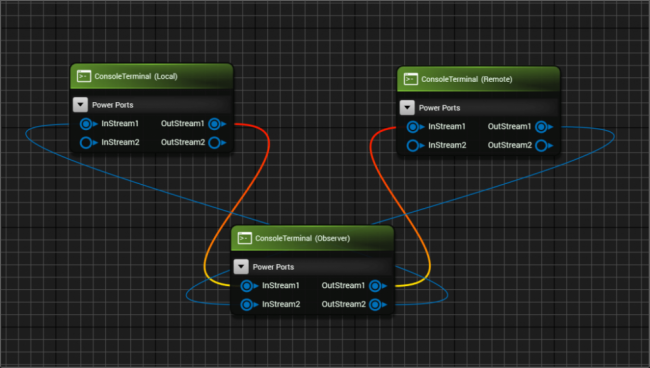 The “Remote” terminal is then wired to transmit to the “Local” terminal through the “Observer” terminal in the center, as shown. 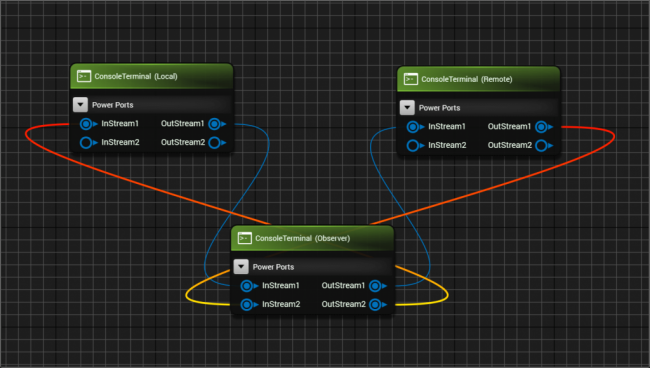 The Local terminal is configured to display data from the Remote terminal on InStream1 as Violet data, and text typed into the terminal is forwarded to OutStream1. 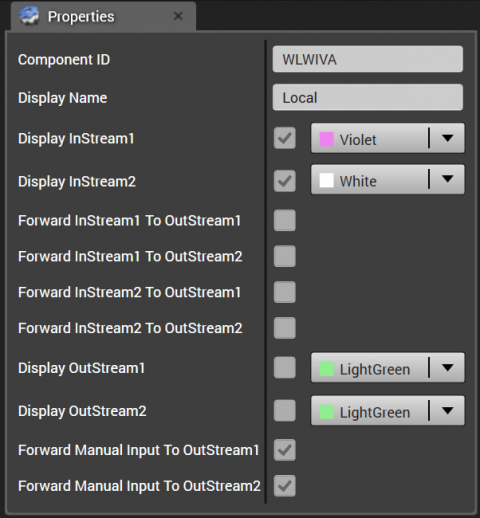 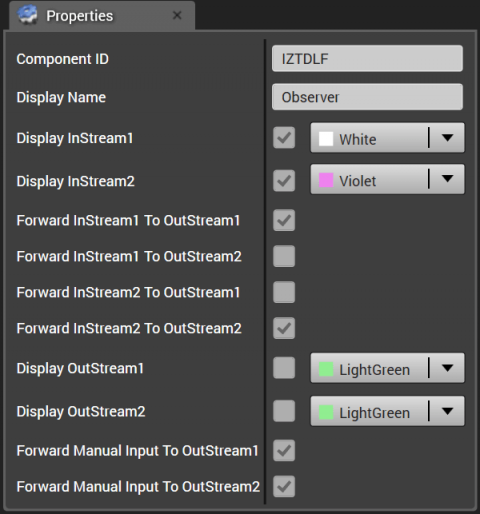 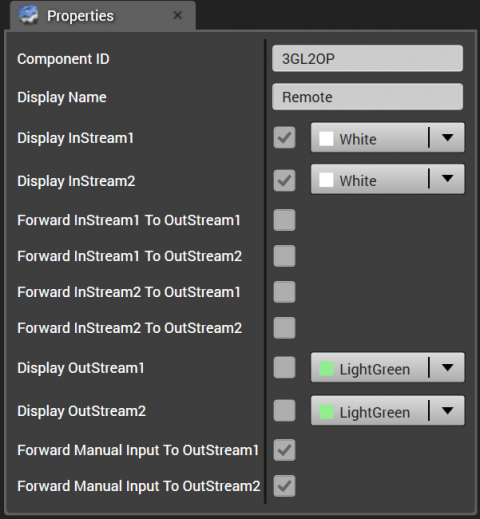 The XAML code emitted for the three console terminals for a C# WPF host are as shown below, with the data context for each binding to their respective view models.

The emitted base view model code regions are shown below. The console terminal view model properties are declared: 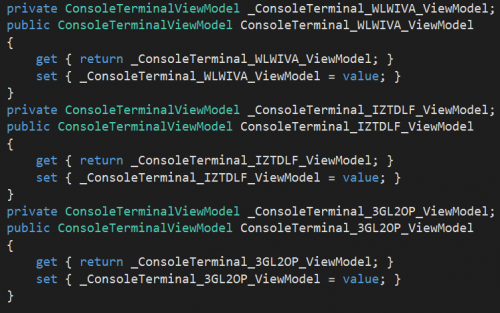 The port connections result in stream data forwarding snippets, forwarding the data from one port to the other, as shown.

The terminal can be resized as needed. The terminal has a Clear Screen button, and a data format combo box. You can specify the data format as NONE (string), HEX, ASCII, or OCTAL. 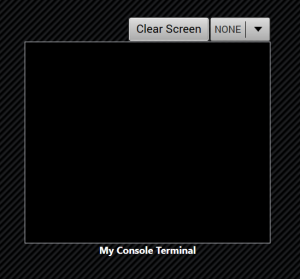 The video below shows the setup, configuration, and use of the console terminals with manually typed data. The terminals can be connected with any Virtuoso Stream.