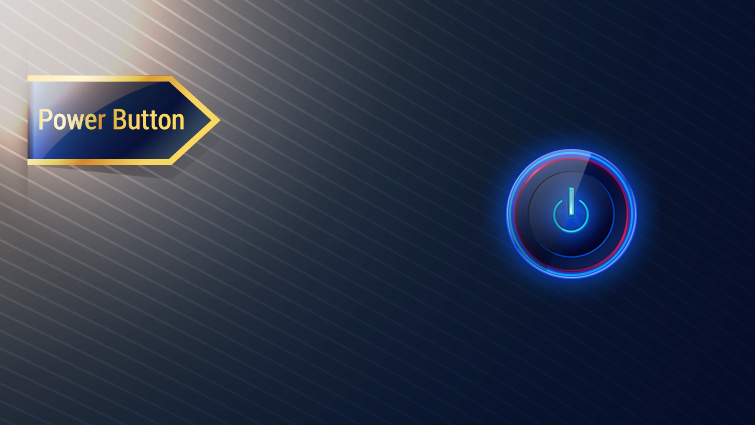 The Power Button control connects to the target model controller to power a virtual target on and off.

The PowerButton control functions as a toggle button to control the power state of one or more virtual targets at runtime. Thus, the virtual target may be powered on and off multiple times without restarting the host application.

Similarly, the PowerButton has a property getter and setter for a PowerOn IBoolProperty property. The getter returns an IBoolProperty which updates when the power button state is toggled. The setter is used to inject an IBoolProperty which indicates to the PowerButton that the system has finished responding to a power state change. The PowerButton will disable itself after the user toggles its value, until it sees that the system has finished responding to the change. This is to ensure that the user doesn’t press the power button multiple times before the target related components being turned on have finished initializing themselves.

When a host has more than one target, separate power buttons may be used to independently control the power for each target independently. More commonly, however, when multiple targets are being virtualized, they are powered from the same power rail. In this case, a single power button may be used to power both targets. An AND gate can be used to AND the values of the two targets’ IsRunning properties, so that the PowerButton sees the system initialized when both targets have been loaded into memory and are running, as shown below.

Other components in the host may require a power input to function correctly. By chaining Boolean property interfaces as a sequence, power-up sequences can be carefully controlled to ensure that race conditions aren’t created. As an example, a TouchLCDDisplay has both IsPowered and IsRunning properties. The image below shows the power sequence designed such that the TouchLCDDisplay finishes its power initialization before the target is powered, then finally the PowerButton is notified when the target has finished running. A reset button is connected to the target through an AND gate, so that the target will reset when the reset button is pressed. The configuration of the power-up or reset process is completely up to the developer’s discretion based on the needs of the host application. 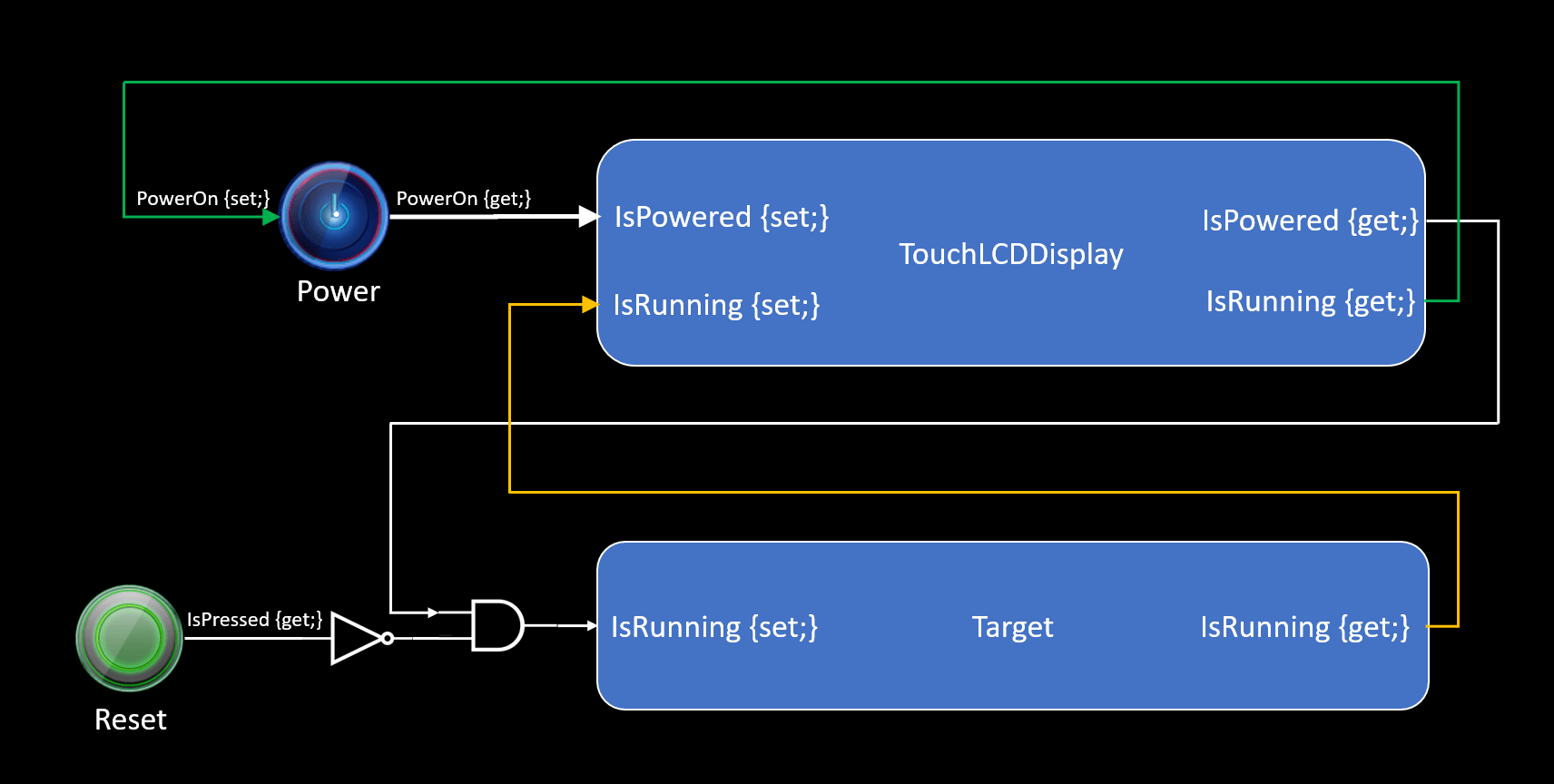 Add a PushButton control to the host view by opening MainWindow.xaml in the Solution Explorer, and dragging and dropping the Pushbutton control from the Virtuoso Standard Control Library Toolbox. 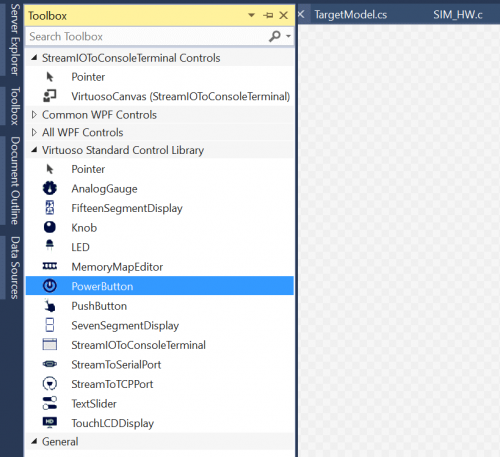 When a PowerButton is dragged from the Virtuoso Standard Control Library to a window, this results in the XAML declaration as shown below to be added to the view.

1) A PowerButtonViewModel component is added as a property of the specified Target ViewModel class, as shown below:

2) The PowerButtonViewModel component is constructed in the TargetViewModel initialization function based on the desired configuration. This is added as construction code in the Target ViewModel’s InitializeComponents method, as shown below.

3) The DataContext property for or the PowerButton is bound to the new PowerButtonViewModel property exposed by the Target ViewModel, as shown below.