Interrupts are registered in the Target Model Builder to simulate hardware interrupts. To add an Interrupt to a target, first create a callback function in your target with no parameters and a void return type, and build the target.

Now that the callback function is compiled and linked into the target, open the Timers tab in the Target Model Builder. 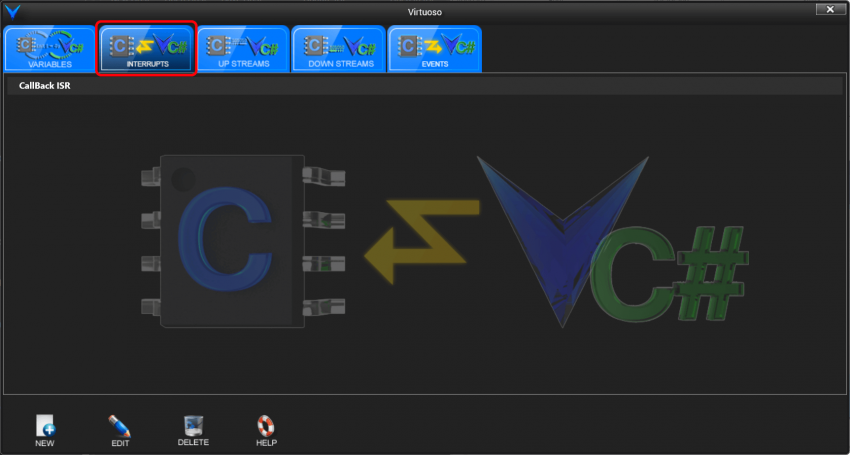 Click on the yellow ‘New’ icon in the lower left corner, or right click in the tab body area and select ‘New’, or press Control+N to create a new timer. The timer creation dialog will open as shown.

Your interrupt will now appear as a port on your target which can be connected to an interrupt source. In the example below, a momentary push button’s ButtonClicked event is connected to the MyInterruptISR interrupt event handler. 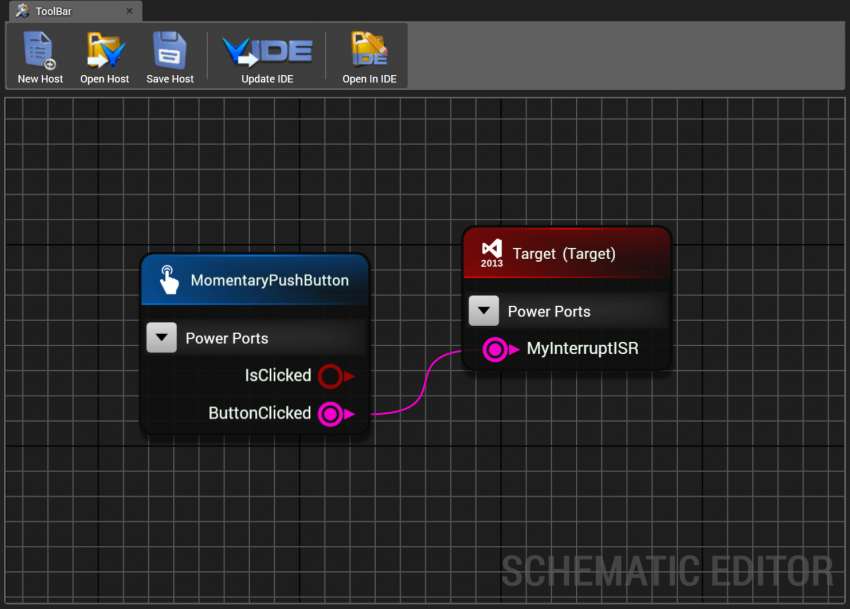 Any event source, such as the Timer component’s TimeElapsed event, can be used to drive an interrupt. When interrupts are invoked on a Target, the interrupt service routines will by default execute on the Virtuoso framework’s internal synchronization thread, in parallel with the executing target thread. However the execution of the ISR can be dispatched to execute non-concurrently in a non-critical section of the target code (like an interrupt executing on a microcontroller). See the FreeRTOS target template as the example for halting execution of the target to run the ISR.